Defending Yourself Against Charges of Prostitution or Solicitation in Florida 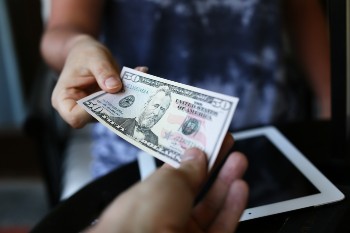 While prostitution and solicitation are both crimes of selling sex, there’s a difference between the charges. One revolves around the person or people offering sexual encounters, and the other focuses on the person paying for or receiving the exchange. No matter which charge you face, you should always find out your options from a Florida sex crimes attorney before you enter a plea.

Understanding Charges of Prostitution and Solicitation in Florida

Under Florida Statute § 796.07, prostitution is defined as “the giving or receiving of the body for sexual activity for hire.” Money does not need to change hands, nor does a sexual act need to occur to make an arrest. Police only need proof of an offer of money (or something of value) to charge either party.

Solicitation is encouraging, bribing, requesting, or commanding a person to engage in criminal activity. A sex worker and the person paying for sex can be charged with solicitation for prostitution since both ask the other to commit a crime.

Acts of prostitution prohibited explicitly by law include:

Defenses Against Solicitation or Prostitution Charges

In addition to criminal penalties, Florida law imposes a civil penalty of $5,000 for any violation that does not result in acquittal or dismissal of the charges. Our Florida sex crimes law firm can provide a defense that avoids conviction or reduces the charges against you, such as:

A conviction for prostitution or solicitation will follow you for the rest of your life—when you apply for jobs, move into a new neighborhood, or renew your professional certifications. Call us today to protect your reputation and future.

The board-certified criminal trial attorneys at Flaherty and Merrifield offer free consultations and convenient payment plans to give all defendants their best chance at justice. Call (850) 403-6835 today or fill out our contact form to learn more.