When You’ve Been Charged With Assault and Battery, Consult an Attorney to Determine Your Best Defense

Assault and battery charges have serious consequences under Florida law, so it would be a mistake to assume that you can handle this issue on your own. Working with an experienced criminal defense attorney is your best chance to get the charges dropped or reduced. However, you must act quickly in order to build the strongest possible defense.

Possible Defenses in an Assault and Battery Case 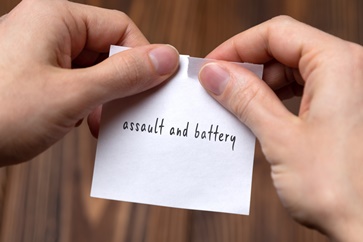 The most effective defense depends on the specific circumstances that led to your arrest. The following defense strategies are the most commonly used in Florida assault and battery cases:

If you or a loved one have been charged with assault and battery in Okaloosa County, call Flaherty & Merrifield today at (850) 243-6097 for a free consultation.