Whether the Charge Is Murder or Manslaughter, You Need an Expert Defense Attorney 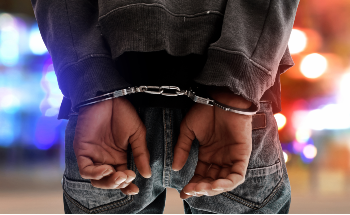 When a person has been unlawfully killed, the suspect perpetrator may be charged with murder or with manslaughter. These are both serious charges, but there are important differences—especially if you are the person facing the charges.

Let’s take a look at the difference between murder and manslaughter under Florida law.

The charge of murder is applied when the crime in question was committed with what is known as “malice aforethought.” That means the killing was the result of something planned in advance.

A person charged with first degree murder is accused of a crime involving premeditated (planned) killing, a killing that occurs during the commission of a felony, or a killing that is a result of specific drug dealing offenses. These, it perhaps goes without saying, are the most serious types of homicides.

Second degree murder is the charge when an unlawful killing was not premeditated in the ways required for a charge of first degree murder. The prosecution will attempt to show that the accused acted without regard for human life.

If one person kills another intentionally but as a result of some serious provocation, the killer will be charged with voluntary manslaughter.

Involuntary manslaughter is the charge when a person has been killed due to the reckless behavior of the perpetrator.

DUI manslaughter applies to those who are charged with causing—directly or indirectly—another person’s death while under the influence of drugs or alcohol.

From Murder to Manslaughter, the Penalties are Severe

There are a range of penalties for unlawful killing in Florida. The most severe are the potential penalties for first degree murder, which include life in prison without the possibility of parole or death. DUI manslaughter is at the lowest end of the scale and is punishable by up to 15 years in prison.

If you've been accused of murder in Fort Walton Beach, call Flaherty & Merrifield at (850) 243-6097 for a free, confidential case review.