Could I be arrested for indecent exposure after skinny dipping? 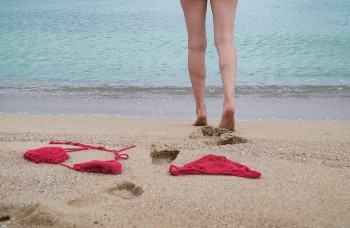 It might seem innocent to swim or sunbathe in the nude, but these actions are illegal under Florida law. If you have been arrested after being naked in public, speaking to a Florida indecent exposure attorney is essential before you enter any plea.

Florida Statue 800.03 prohibits the exhibition of one’s sexual organs “in public, or on the private premises of another so near to it as to be seen from such private premises, in a vulgar or indecent manner.” If someone under the age of 16 saw you, you could be charged with lewd or lascivious exhibition—a second-degree felony punishable by up to 15 years in prison.

The best defense to these charges will depend on the specifics of your case. For example, your attorney may be able to argue that there was no lewd intent behind the nudity:

A sex crime conviction can follow you for the rest of your life, so it’s vital to take these charges seriously—even if they seem like a simple misunderstanding. Our Florida sex crimes law firm can provide a defense that protects your reputation and future.