There are certain serious felony offenses in Crestview that demand an aggressive response. Aggravated Battery with a Deadly Weapon is one of those charges. Before settling on a state-funded public defender, or hiring the cheapest lawyer in town, keep in mind that this charge carries a mandatory prison sentence if you are convicted. 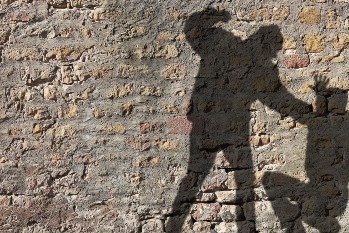 If your freedom is important to you, do yourself a favor and call Flaherty & Merrifield today at (850) 398-8098. My name is Tim Flaherty. I’ve been a aggravated battery with a deadly weapon lawyer in Crestview and throughout Okaloosa County since 2001. My partner’s name is Brandy Merrifield. We would be glad to meet with you and outline exactly how we would defend you against these life-changing allegations.

Aggravated Battery with a Deadly Weapon under Florida Law

Florida Statute 784.045(1)(a)(2) defines Aggravated Battery With A Deadly Weapon as follows: “A person commits aggravated battery who, in committing battery: uses a deadly weapon.”

Under Florida law, anything that is used, outside of its intended purpose, to inflict great bodily harm can be considered a deadly weapon.

What is the penalty for Aggravated Battery with a Deadly Weapon?

Depending on the specific facts of your case, Aggravated Battery with a Deadly Weapon will be charged as either a second degree felony, or first degree felony. The potential penalty ranges from 15-30 years in prison.

At a minimum, under Florida sentencing guidelines, this charge is a level 7 offense which calculates out to a minimum of 21 months in prison. If the victim was injured during the incident, the minimum score can be raised to 24-51 months in prison.

We have extensive experience dealing with the prosecutors who handle these cases in Crestview. They will be seeking a prison sentence if you are convicted, or you plead guilty as charged.

What can a Crestview criminal lawyer do to help me?

Like in any case we defend, we have a list of possible defenses we review for any client charged with Aggravated Battery With A Deadly Weapon.

We will start with the basics. That means closely reviewing all police reports and witness statements. It may also include a visit to the crime scene. We will also verify whether the State has the weapon that was allegedly used. If they can’t produce the weapon, there is a chance that the charge will be reduced to a simple battery.

Self defense or defense of others is another possible defense. We will evaluate your case to see whether Florida’s Stand Your Ground Law can be used to your benefit.

In any battery case, the alleged victim plays an important part in deciding the outcome.

If the alleged victim wants to press charges, we will prepare for trial. Either way, we will be prepared to defend you at every stage of the proceeding.

If you or a loved one have been charged with Aggravated Battery with a Deadly Weapon in Crestview, call Flaherty & Merrifield today at (850) 398-8098 for a free consultation.