Possible Defenses Against a Battery on a Law Enforcement Officer Charge 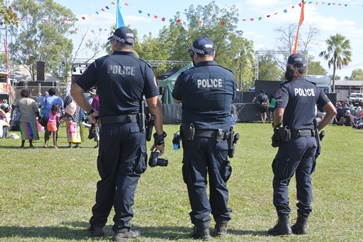 Under Florida Statute Section 784.07, battery on a law enforcement officer is punishable by up to five years in prison or probation and a $5,000 fine. If you are convicted of aggravated battery involving the use of a weapon or the victim suffers serious injuries as a result of your actions, the minimum sentence is five years in prison—but you can face as long as 30 years behind bars.

When it Comes to Battery Charges, Law Enforcement Officer Is Broadly Defined

The law also allows for this charge when the victim is considered a protected public official. This includes:

There Are Several Potential Defenses That May Apply to Your Case

Every case is unique, which is one of the reasons why it’s critical that you work with an experienced criminal defense attorney to determine how to proceed. However, there are a number of general defenses that may apply to a charge of battery on a law enforcement officer:

A Special Note About Assault Charges

The general public often assumes that assault and battery are synonyms, but this is not the case. While the crime of battery on a law enforcement officer requires actual physical contact, you can be charged with assault on a law enforcement officer even if you did not make physical contact or cause injury. An assault charge only requires an intentional threat of violence, an apparent or demonstrated ability to carry out the threat, and fear in the victim that the violence is about to occur.

If you or a loved one have been charged with battery on a law enforcement officer in Okaloosa County, call Flaherty & Merrifield today at (850) 243-6097 for a free consultation.