The Penalties for Obtaining Fraudulent Prescriptions Are Stiff, But Our Experienced Criminal Defense Attorneys Can Help

It is common for people to think about addiction in terms of illegal drugs such as heroin or cocaine. However, prescription medications are also prone to abuse.

Often, people who abuse prescription drugs begin taking medication for a legitimate purpose. For example, it is common for opioid addiction to develop after a person has surgery or is seriously injured. A person may begin taking fentanyl, hydrocodone, morphine, or oxycodone and become addicted despite having no initial intent of 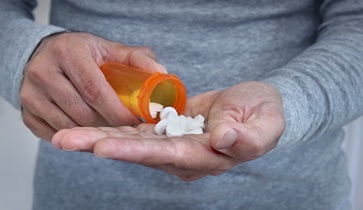 misusing their medication. Once an addiction had developed, they may go to extreme lengths to obtain a steady supply of pills—regardless of the potential risk to their health and freedom.

At Flaherty & Merrifield Criminal Defense, we believe Florida residents who are struggling with substance abuse issues deserve compassion and a chance at rehabilitation. Unfortunately, there are stiff penalties for those who are convicted of obtaining a prescription by fraud.

What the Law Says About Obtaining False Prescriptions

Under Florida Statute § 893.13(7)(a), it is illegal to obtain a controlled substance using fraud, deception, subterfuge, misrepresentation, or forgery. Some behaviors that can result in being charged with this particular crime include:

Obtaining a prescription by fraud is considered a third-degree felony under Florida law. It is punishable by up to five years in prison and a $5,000 fine. You can be charged with this crime even if you did not successfully obtain the drug in question.

If you were able to obtain the prescription, you could face an additional charge for illegal possession. This is a third-degree felony with a maximum jail sentence of five years and a fine of up to $5,000.

If you have a large number of pills in your possession at the time of your arrest, you may be charged with drug trafficking. You can be charged with drug trafficking even if all of the pills were for your personal use. The term refers to the quantity in your possession—not the intended use of the drugs. Penalties vary depending on the substance in question, but if you are convicted of possessing between four and 14 grams of an opiate-based prescription, there is a sentence of a minimum of three years and a maximum of 30 years in prison.