Minors and Felony Charges in Florida 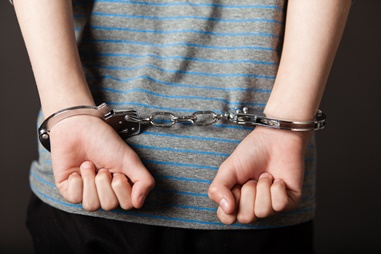 Florida’s courts try to give children the benefit of doubt. If your child was arrested, their case will most likely be referred to the state’s juvenile justice system. While a juvenile criminal record can still carry severe consequences, most offenses are automatically expunged once the child reaches a certain age. However, Florida prosecutors are afforded significant discretion: if they believe your child’s alleged crimes were unusually callous, or that your child cannot be rehabilitated, they can refer the case to adult court instead.

When Juvenile Cases Can Go to Adult Court

Florida’s courts prefer that children be afforded every opportunity for rehabilitation. However, prosecutors are still allowed to send juvenile cases to adult court. Before making a determination, a prosecutor will consider:

Prosecutors can typically send any child aged 14 or over to adult court if they commit any one of 21 specified felonies, including:

Children aged 16 or 17 could be charged as adults if they commit any offense that would be a felony if committed by an adult.

The Consequences Being Referred to Adult Court

Juvenile courts have in-built protections for young suspects and their families. But when a juvenile is referred to an adult court, they lose these protections. Instead of being treated as a 14- or 15-year-old who made a bad decision, they will be treated as a full-grown adult.

If your child is referred to adult court:

If your child is prosecuted as an adult and you cannot afford their bond, or they are denied bail, they could be housed in an adult jail awaiting proceedings—leaving them at the mercy of hardened adult offenders and dangerous career criminals.

The Consequences of an Adult Criminal Record

A juvenile record can present its own special set of hardships. However, most juvenile adjudications will expire by the time a youth is in their early- to mid-20s. While a juvenile record can make finding a job or getting into college unexpectedly difficult, the child will likely have an opportunity to start afresh once their record is automatically expunged.

Your Child Deserves an Aggressive Defense

The consequences of an adult criminal record could irreversibly alter the course of your child’s life, depriving them of the right to pursue a college education or find gainful, profitable employment.

When your child’s future is in jeopardy, you should not rely on an exhausted, over-burdened public defender to make your child’s case a priority.

You need dedicated and experienced counsel: a Florida juvenile criminal defense attorney who will fight to keep your child’s case inside the juvenile justice system and will mount an aggressive defense if prosecutors decide to escalate the charges to an adult court.

If you or a loved one have been charged with a juvenile offense in Okaloosa County, call Flaherty & Merrifield today at (850) 403-6835 for a free consultation.