Indecent Exposure to a Minor Could Be a Life Felony 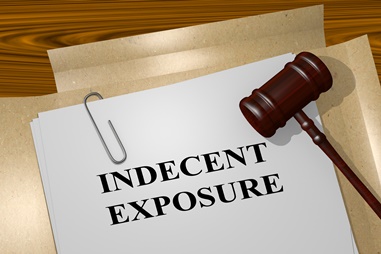 Indecent exposure to a child is considered a serious crime in Florida, punishable as a felony with a potential penalty of life imprisonment.

A person could be guilty of indecent exposure if they:

Contrary to popular misconception, the state will not ordinarily prosecute someone for indecent exposure unless the act had some demonstrable intent. The prosecutor must provide evidence that the defendant:

Ordinary indecent exposure offenses are a first-degree misdemeanor punishable by up to 1 year in jail and fines of up to $1,000.

However, a person suspected of indecent exposure could face additional penalties if the alleged act was witnessed by a child.

Indecent Exposure to a Child

However, Florida does not typically prosecute indecent exposure as a very serious sex crime. But if prosecutors believe that a defendant exposed themselves to a child, or attempted to expose a child’s sexual organs, they face comparatively severe penalties.

Section 800.04 of the Florida Statutes, for instance, details “lewd or lascivious offenses committed upon or in the presence of persons less than 16 years of age.”

A person could be charged under Section 800.04 if they:

The Potential Penalties for Lewd or Lascivious Exhibition

Depending on the circumstances of the incident, Florida could also levy additional charges. Any person convicted of indecent exposure or lewd or lascivious exhibition may also be required to register as a sexual predator. Being listed on the state sex offender’s registry could cause severe reputational damage and make it substantially more difficult to seek gainful employment, maintain a permanent residence, and travel.

If you or a loved one have been charged with indecent exposure in Okaloosa County, call Flaherty & Merrifield today at (850) 243-6097 for a free consultation.