If you’re facing drug charges in Florida, whether or not you’re convicted often hinges on the strength of the evidence against you. However, not all 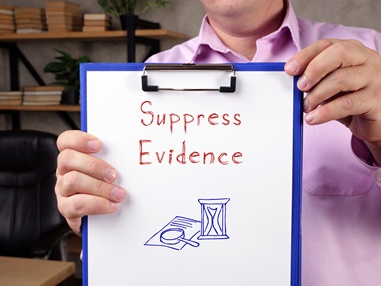 evidence may be admissible in court.

In some cases, a criminal defense attorney will file a motion to suppress. This is a written request asking that the judge not allow certain evidence to be introduced at trial because the evidence was obtained through some form of police or government misconduct. If the judge grants the motion, the evidence is not admissible. Depending on what other evidence the prosecution has available, this may result in the charges being dropped.

Reasons Evidence Can Be Suppressed

Common reasons why evidence may be suppressed in a Florida drug case include:

In some cases, a judge may allow evidence to be admitted even if it qualifies for suppression. Common reasons for this include: