The cops have no evidence. How were they able to arrest me? 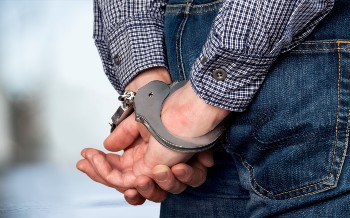 Florida law affords police officers significant discretion when making arrests. If a sheriff’s deputy, city cop, or other law enforcement officer has reason to believe that you have committed a crime, you could be detained and taken to jail. While the police cannot keep you behind bars indefinitely, they do not necessarily need evidence to put you in handcuffs. Instead, an officer must simply convince a judge or a jury that any reasonable person might have considered you a suspect.

Making Sense of Probable Cause

When a law enforcement official initiates an arrest, they must demonstrate that they have probable cause to believe that a suspect has committed a crime. However, the definition of “probable cause” is highly variable.

In general, the police and the judiciary are held to very different standards:

In simple terms, a law enforcement officer can initiate an arrest if they have “probable cause” to believe that a suspect committed a crime. However, a police officer does not necessarily have to have compelling evidence to order an arrest.

Conversely, a judge will not usually sign an arrest warrant based on suspicion alone; instead, the judge will make a “probable cause” determination based off the availability of evidence against an individual.

The Police Don’t Always Need to Demonstrate Probable Cause

An arrest could be wrongful if a police officer cannot convince a judge or a jury that they had probable cause to initiate a traffic stop, search a private residence, or detain an individual for a prolonged period of time.

However, Florida law allows police officers to order an arrest even if they do have a warrant and have not witnessed criminal activity, provided that:

Furthermore, the police can arrest a suspect if the police discover evidence of criminal activity after the suspect allows law enforcement to conduct a warrantless search of their person, vehicle, or other property.

Unfortunately, even if you are never charged with or convicted of a crime, the ramifications of an arrest can cause long-lasting personal and reputational damage.

If you or a loved one have been arrested in Okaloosa County, call Flaherty & Merrifield today at (850) 243-6097 for a free consultation.