Florida’s courts take attempted murder charges very seriously, reserving some of their harshest penalties for people suspected of trying to take another person’s life. Oftentimes, an individual convicted of attempted murder faces the same penalties as someone who committed an actual homicide. If you, or a loved one, are being charged with attempted murder, you could face steep fines, a permanent criminal record, and life behind bars. 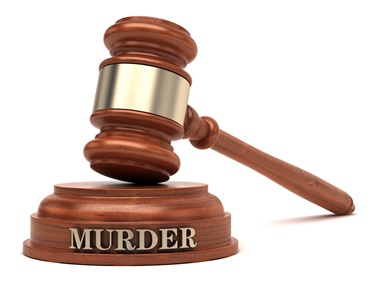 Florida defines “attempted” murder in relation to an individual’s actions and proximity to an unsuccessful homicide. Under Florida state law, an individual could be charged with attempted murder if prosecutors believe that they fit the following description:

Florida, like many other states, has an intentionally “open” definition of what constitutes attempted murder. This is because prosecutors often wish to bring charges against anyone who was involved in the crime.

In Florida, a person is guilty of first-degree attempted murder if:

The penalties for first-degree attempted murder include:

In order to prove first-degree attempted murder, prosecutors must ordinarily demonstrate that the acts of violence were premeditated and intended to cause death.

The penalties for second-degree attempted murder include:

Fighting an attempted murder charge can seem impossible, especially if you were arrested at or near the scene of a crime. However, the state may still struggle to secure a conviction. This is because a court will not hold someone liable for convicted murder unless prosecutors:

You always stand your best chance of acquittal when you consult an experienced Florida criminal defense attorney.

Your lawyer’s priority will be ensuring that all the charges against you are dismissed. Depending on the circumstances of your case, we could show the court that:

Even if the case against you is strong, it is important to remember that prosecutors are elected officials. Oftentimes, their biggest concern is their conviction rate. Your lawyer could negotiate with the prosecutor to secure a plea bargain—a sort of legal deal where the charges against you will be seriously reduced to preserve the prosecutor’s conviction record. A plea bargain could help you avoid prison.

An attempted murder charge can change your life: even if you manage to avoid serious prison time, you could still spend years on probation, saddled with a permanent criminal record that makes finding a job, joining the military, or renting an apartment next-to-impossible.

When your freedom is at stake, you cannot afford to take risks—you need an experienced professional to aggressively advocate your case. Flaherty & Merrifield Criminal Defense could help you overcome your charges, preserving your independence and protecting your future. Please send us a message online today to schedule a discreet consultation.