When the Charge Is Burglary, Your Best Defense Is an Experienced Defense Attorney 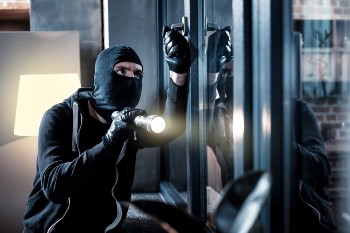 Have you ever wondered about the difference between robbery and burglary? What makes someone a robber and someone else a burglar?

In a nutshell, the difference is that robbery is defined as taking property from another person using force or the threat of force. Pretty easy to grasp, right?

Burglary, on the other hand, is a bit more complex. Most of us probably associate burglary with theft, but that is not the only illegal act that qualifies. In fact, two things make a burglary a burglary: unlawful entry and the intention to commit a crime.

A person who enters a dwelling, structure, or conveyance for the purpose of committing a crime is a burglar—even if they don’t steal a thing. Most any intentional crime that follows an unlawful entry—from vandalism to murder—can be classified as a burglary.

In Florida, burglary is a felony. You can be charged with third-, second-, or first-degree burglary depending on the specific circumstances of the crime. The penalties are steep:

Given these consequences, a high-quality defense is an absolute must for a person charged with burglary.

Detailing the Possible Defenses for a Florida Burglary Charge

What sorts of arguments might be made in court as a defense against a burglary charge? There are a number of options. They include:

As you can see, there are many different paths to consider when developing your defense against a burglary charge. Your best option for determining the right course of action is hiring a defense attorney as quickly as possible.

Your Attorney Will Listen, Investigate, and Determine the Best Defense for Your Burglary Charge

A defense attorney is your advocate and will be eager to identify the best possible defense for you if you have been charged with burglary. Your lawyer will listen to you, review all available evidence, and then choose the defense option that is likely to be most effective for your specific case. Having an attorney by your side from the moment you are charged with a crime gives you the best chance of mounting a successful defense.

If you or a loved one have been charged with burglary in Okaloosa County, call Flaherty & Merrifield today at (850) 243-6097 for a free consultation.