Defending Yourself Against Voyeurism Charges in Florida 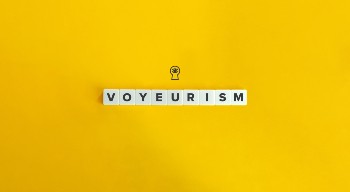 Voyeurism may seem like a minor offense, but it is charged as a sex crime in Florida and carries harsh punishments. So-called “Peeping Tom” actions include looking through windows, under bathroom stalls, or otherwise watching another person for sexual gratification without their knowledge.

If you are convicted of voyeurism or video voyeurism, you could damage your business, home life, and reputation irreparably. You will need a skilled Florida sex crime attorney to lessen or dismiss the charges against you.

Types of Voyeurism Crimes in Florida

Under Florida Statute § 810.14, voyeurism is the act of secretly observing another person in a lewd or lascivious manner and with indecent intent while the person is in a place where they have a reasonable expectation of privacy.

Penalties for voyeurism in Florida include:

Defenses to Voyeurism Charges in Florida

There are several exceptions and explanations involved in voyeurism accusations. One of the most significant exceptions requires intent. A charge of voyeurism may be dropped if you can prove that you watched someone in an undressed state but did not have an indecent intent—such as accidentally opening the wrong dressing room door.

The intent requirements for video voyeurism charges are broader and go beyond the sexual motivations of the accused. A recording may be taken for personal reasons, including the accused’s arousal or the degradation of the victim. However, it could also be intended to be shared with others for profit, amusement, entertainment, or gratification.

While charges of voyeurism may be increased to video voyeurism, the presence of an imaging device is not enough to show intent. Just because you had a phone with a camera at the time of the incident doesn’t mean you intended to record someone in an intimate position.