Fighting Against Charges of Burglary With Battery in Florida 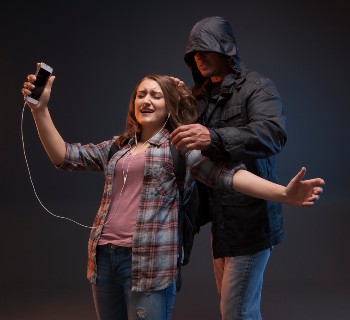 Burglary with battery combines two serious offenses, significantly increasing the penalties you could face upon conviction. If you have been arrested for entering someone’s home and causing them harm, you’ll need an experienced burglary defense lawyer to get you the best possible outcome.

When Could Someone Face Charges of Burglary With Battery?

Battery charges typically require an assailant to intentionally touch or strike another person or cause bodily harm against another person’s will. When combined with the unlawful entry of someone else’s property, the state can issue a burglary charge with battery.

Burglary with battery may be charged when a defendant:

Minor Incidents Can Lead to Burglary With Battery Charges

The enhanced charge of burglary with battery was initially created to punish violent offenders, such as carjackers and intruders who force entry to a home to commit brutal crimes. Unfortunately, burglary with battery charges can also be made against defendants whose actions meet the legal definition of the offense, including:

Penalties for Burglary With Battery in Florida

Burglary with battery is a first-degree felony punishable by a lifelong prison sentence. It’s considered Level 8 under the Felony Sentencing Guidelines and carries a mandatory minimum prison sentence of 34.5 months upon conviction. You will not automatically be entitled to a bond or pretrial release and face hefty court fines and potential restitution to the victims.

As you can see, the trespassing element of burglary can significantly change the nature of a physical altercation. Punching someone on the street is a misdemeanor, but hitting them in their home can result in life imprisonment. It’s essential that your defense attorney defeat the element of burglary in a battery case.

Common Defenses Against an Accusation of Burglary With Battery

It’s important to realize that awareness isn’t required for an action to be considered battery. You could face battery charges if you touched a person or an object “intimately connected” to that person (such as a phone), regardless of whether you knew you were committing battery at the time.

While the proper defense for you will depend on the specific facts of your case, you may be able to argue that:

The best way to find out the full range of your options is to speak with the criminal defense team at Flaherty and Merrifield. We offer our clients free consultations and convenient payment plans, ensuring that justice is accessible to everyone. Call 850-403-6835 today or fill out our contact form to learn more.