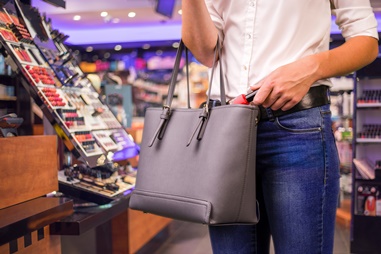 Each year, thousands of Florida teenagers find themselves on the wrong side of the law when a storekeeper or security guard accuses them of theft. While young people sometimes see shoplifting as a victimless crime committed against big and uncaring corporations, the consequences of an adjudication can be both serious and immense.

Florida has separate criminal justice systems for children and for adult offenders. However, state prosecutors will often levy similar charges against shoplifting suspects, regardless of their age. The potential penalties in a shoplifting charge are largely based on the value of the stolen product or goods:

Other shoplifting offenses could be charged as grand theft in the first or second degree, both of which are felonies.

Potential Penalties After a Shoplifting Arrest

A teenager who is arrested and adjudicated guilty of a shoplifting offense could face the following penalties:

The Consequences of a Juvenile Criminal Record

Florida’s juvenile justice system strives to let most young offenders make amends and enjoy the same opportunities as other youth. Most juvenile records will be automatically expunged, barring any future run-ins with the law.

Unfortunately, juvenile records can still limit a young person in many ways because:

A juvenile misdemeanor or felony adjudication could:

The Risks of an Adult Criminal Case

The prosecutor will look at your child’s existing juvenile criminal history and the circumstances of the alleged shoplifting incident to determine how to charge your child. If your child is over the age of 16, or committed felony grand theft, they could be charged as an adult, in adult court.

An adult criminal record carries very serious consequences, including the possibility of prison time, heavy fines, and a record that cannot be erased.

If Your Child Has Been Arrested for Shoplifting, You Need an Attorney

Shoplifting may seem less serious than other offenses. However, many storekeepers and corporations—both big and small—take these crimes very seriously and will not agree to drop charges against even an underage suspect.

A shoplifting offense could change your child’s future forever, forcing them to put off college, lose valuable job opportunities, or defer enlistment in the armed services.

Flaherty & Merrifield Criminal Defense knows that young people make mistakes: your child deserves a second chance, not incarceration and a life-altering criminal record. Depending on the circumstances of your child’s case, we could convince the courts that your child simply made a mistake and never intended to steal. If that is not an option, our extensive experience in Florida’s courts could allow us to make a deal with the prosecutor, ensuring that your child never ends up with an adjudication or criminal conviction.

If you or a loved one have been charged with shoplifting in Crestview, call Flaherty & Merrifield today at (850) 398-8098 for a free consultation.